A week ago, Venezuelan residents spent the last journey of Hugo Chavez. Even after the funeral, the country is still in mourning, having lost the “heart” of its nation. However, on April 14 this year, new presidential elections are scheduled. To watch them for the third time will go the red-headed Pavel Stabrov. “For the first time in Venezuela, I was in 2006,” says Pavel. Then well-known in Krasnoyarsk, Sergei Tolmachev invited us to visit this country and see how the presidential elections are going on there. Until that moment, I had no idea what South America, Venezuela and Hugo Chavez were. Proschristiv Internet, agreed to travel. Then, almost 7 years ago, Russians in Venezuela needed a visa, and getting it pretty worn us nerves. It got to the point that the tickets for the plane were lost, since the visas were issued exactly the day after the scheduled flight. I had to buy new ones. And upon arriving in Caracas, look for accommodation. But all this was compensated by what we saw during the trip, acquaintance with interesting people and, as a result, the emergence of love for this country. ”

Venezuelans have political consciousness and activity high enough. They are such Russian, who were in the  90’s: with burning eyes and a desire to change everything. What they have, and what is now not in our country, is the notion of collectivity and cohesion. At the rallies in Caracas came at least 700 000 inhabitants. These were meetings of the opposition, and for Chavez – a million two, no less. No matter what city people lived in, they could easily get into the car and rush to a rally in the capital. For them – it’s a holiday, a carnival and the opportunity not only to see each other, but also to participate in the common process, together steer the destiny of the state.

Elections in Venezuela are just as “fun” as in Russia?

First, there is a five-stage voting system built on fingerprints, up to the point that the final action in this process is dipping the little finger into special ink, which you can not wash for a long time. If you want – you do not want, no one else will vote for you. Secondly, the opposition in the country is strong on a par with ruling parties, and if somewhere suddenly there will be 146%, its leaders will raise such howl that it will not seem a little. We need to understand the mentality of Venezuelans – they are very emotional and quick-tempered. In the house of any man there is a gun. In general, at this point, you can not continue … (Laughs)

How did the Venezuelans treat their president then? And what opinion did you have about him?

I will begin with the commonality of our countries: in Venezuela, as well as in Russia, the economy is dominated by oil fields. In Russia, the socialist past, in Venezuela – the present. Personally, I noticed for myself two punctures in the management of Chavez – it is a failure in the economy and that he was never able to defeat domestic crime, which is a parasite of Venezuelan social life. Minor banditism there developed over the years and laid down genes. I do not know what should happen, so that it completely disappears. But Chavez returned to the people a sense of homeland, patriotism, national identity. There is no concept of “racism” in the country. “We are Venezuelans!” Said the president more than once, and this applies absolutely to all citizens. And now, when Hugo is gone, absolutely everything is crying on him and absolutely sincerely. 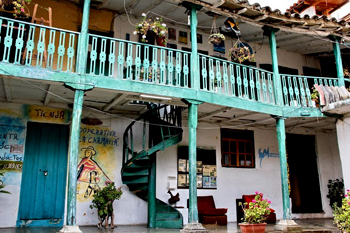 Did you manage to find friends in Venezuela?

Yes, we met the first good acquaintance by accident. Although there is nothing accidental. As many know, residents of Latin America are blocking English for themselves, and the person speaking it is automatically a “gringo”. On the first arrival from us – five Russian – only one could speak in Spanish, and in a week just exhausted talking for all. Here we met Philippe, an ordinary resident of Caracas, who spoke English. Subsequently, he became not only our driver, but also a friend. We owe him a lot, Philippe helped a lot, told and showed. For example, thanks to him we visited the barrio without problems.

Poor criminal areas on the hills?

Quite right. As it turned out, Philippe was also from the barrio, and he was with us all the time, in many ways that’s why nothing happened. In general, this “city in the city” was formed in the  60’syears of the last century due to unsuccessful agricultural reform, when villagers moved to the capital. When Chávez came to power, he issued an order to control these areas. Yes, there are minor disassembly and large murders every day, and nobody has written a law to anyone. Previously, even the police did not go there, now they are constantly. In the barrio, schools, kindergartens and other social facilities are being built. And most recently, the state decided to gradually demolish poor neighborhoods. Their residents are provided with housing at the expense of the state. Only by demolishing unfavorable areas “under the root”, you can destroy domestic crime.

But not all is so sad! After all, the Venezuelans, like all Latinos, are both harsh and friendly at the same time?

That’s for sure! In general, the value of the relationship there is very high. The usual Venezuelan’s morning begins with coffee and communication, at least with a neighbor. It is important for them to talk, to discuss something. I’m not talking about handshakes and hugs. In general, people live there according to the principle: “Tomorrow will be the same sunny day as today”. In this sense, Venezuela does not need something urgent to plan, somewhere to run and rush, in principle. “Do not do today what you can do tomorrow.”

Oh yeah! This word is perhaps the most popular in the country. Literally it means “not today”. Venezuela is one of those countries where you can not establish your own rules. For example, you planned for tomorrow several meetings. The next day in the morning you realize that today, not even half of them will happen. Just such a way of life, surely someone will not come, somewhere the car will break or cancel the flight of the plane.

By the way, how is transport developed in Venezuela?

More than developed. Even in  Caracas to the barrio the ropeways are stretched, can you imagine? Introduced now metrobasy – public buses, operating on the principle of the metro. As for the intercity, the buses, as in all of Latin America, are very comfortable. And domestic airlines are very interestingly arranged – you buy a ticket for the direction, that is, the date is not important. For example, you wanted to fly to the island of Margarita, you want to – fly today, do not want to – tomorrow. Manyana, in general.

Where did you go to Venezuela, in addition to the capital?

I have already mentioned Margarita Island above – perhaps the most popular destination among tourists. Personally, I loved a place in the Caribbean Sea called Los Roques – a small archipelago, where the sea is saturated with turquoise color. On our second visit, my wife and I studied the mountain towns and the village. There its magnetism, which is difficult to convey in words. This must be felt.

What about the Caribbean cuisine?

For men, she certainly will. Not so much because of taste, but because of the size. If you order a tuna, you will bring a huge plate of fish, potatoes and salad. Even I could not always overpower this. And all this incredible delicious: tortillas “arepa” and “cachapa” such as our pancakes or pita bread. There are original, but, nevertheless, high-quality coffee and rum. The latter is now my favorite alcoholic drink. And also there grow an avocado the size of two fists and cocoa, from which the most delicious chocolate is made, which I have tried.

They say that the second and subsequent visits to the favorite place do not coincide with the first. How was it with you?

On the first visit I fell in love. In people, mentality, sea, air. Sometimes you leave any country or city and clearly understand that you will not return there. Because you do not want to. I really wanted to return to Venezuela, and the break between the first and second trip was serious – 6 years. When I flew there last year, my heart beat like a schoolboy. I really wanted my positive expectations to come true. So it happened. And if this trip happens, I will go to Venezuela as to my home.